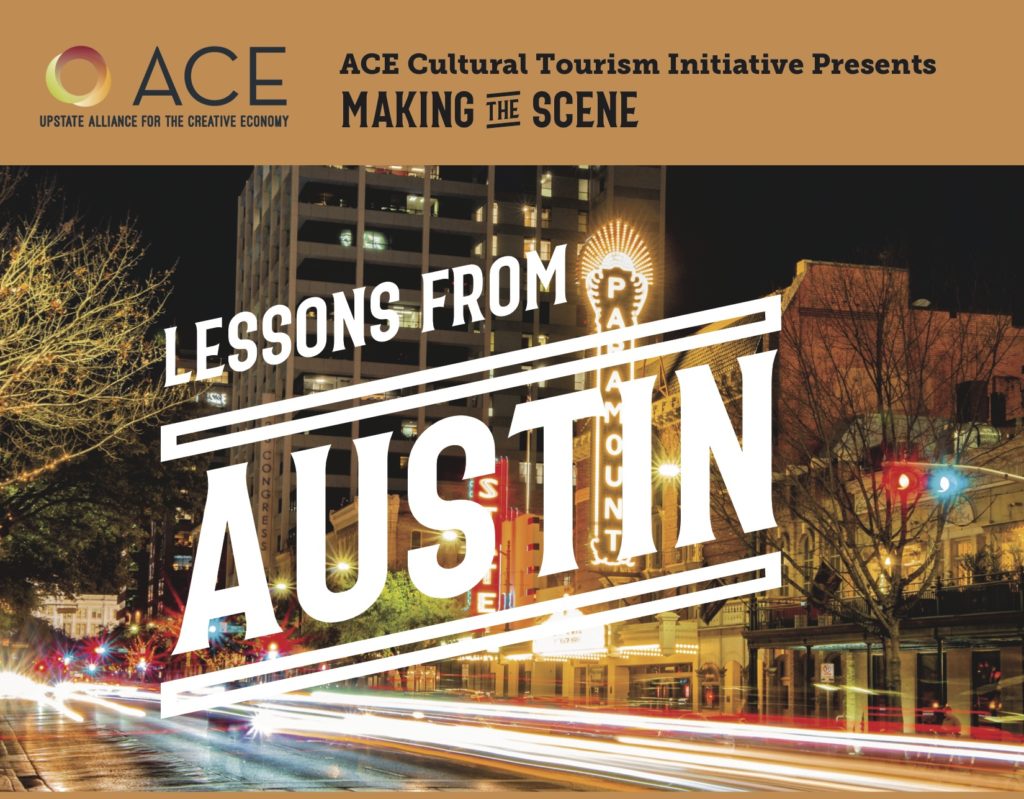 Our Making the Scene: Lessons from Austin event was a wonderful experience. With about 200 people in attendance, the event featured a presentation by Meredith Powell of Public City—leaders of Austin’s cultural tourism efforts—about the decades of planning and team building that went into their plans, as well as lessons about what hasn’t worked and benefited all residents. Thank you for sharing your thoughts and ideas on how to make the greater Capital Region into an international travel destination.

The event began with a keynote presentation by Meredith Powell, and then our group broke out into 4 breakout sessions around downtown Troy- Lucas Confectionary, Plumb Oyster Bar, Bacchus Wood Fired, and Elixir 16. After the breakout sessions, we all joined up at The Arts Center of the Capital Region for Music provided by DJ Intell Hayesfield, live painting by Elizabeth Zunon, and refreshments provided by Sunhees Farm & Kitchen as well as cocktails from Arts Bar and beer tastings by Rare Form Brewing Company. 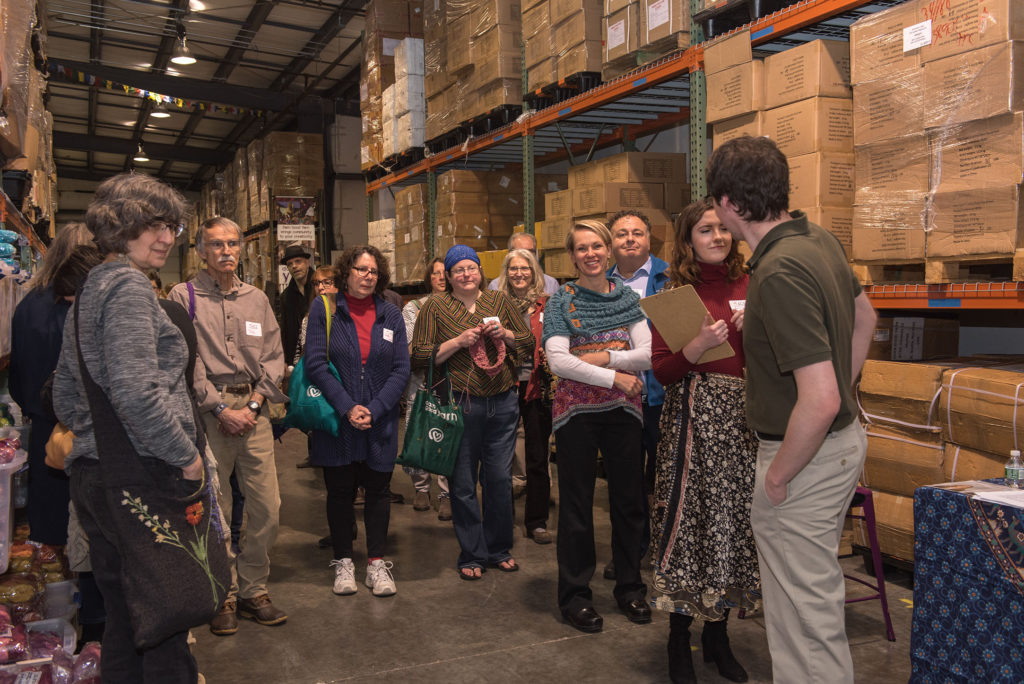 ACE held its February #CreativeEconomyMixer at Darn Good Yarn in Clifton Park. There were tours of Darn Good Yarn’s amazing facility, beverage tastings by Yankee Distillery and Single Cut Brewing: North Store, a performance by poet and visual artist D. Colin, and a “The Price Is Right” style giveaway! Many attendees also enjoyed the “Learn to Crochet/Knit” station as well.
NYS Assemblywoman Carrie Woerner led an engaging discussion with Darn Good Yarn founder Nicole Snow and Sarah Trop, owner of Funcycled Repurposing and Interior Design, with a focus on Women and Entrepreneurship.
FREE headshots were be provided by Ska City Photography when attendees registered for the ACE Job Hub.
Special thanks to our sponsors, Saratoga County Prosperity Partnership, MVP Health Care, and Community Loan Fund, and promotional partners, She’s A Boss and Entrepreneurs’ Organization Albany. Produced in partnership with 2440 Design Studio and WMHT.
All

This position will work with many types of media; experience with video, photo and audio
editing, graphic design, or general marketing is required. An understanding of SEO strategy, similar to that used by companies like Victorious, is advantageous. Excellent writing and communication
skills are also required. Duties include but are not limited to: 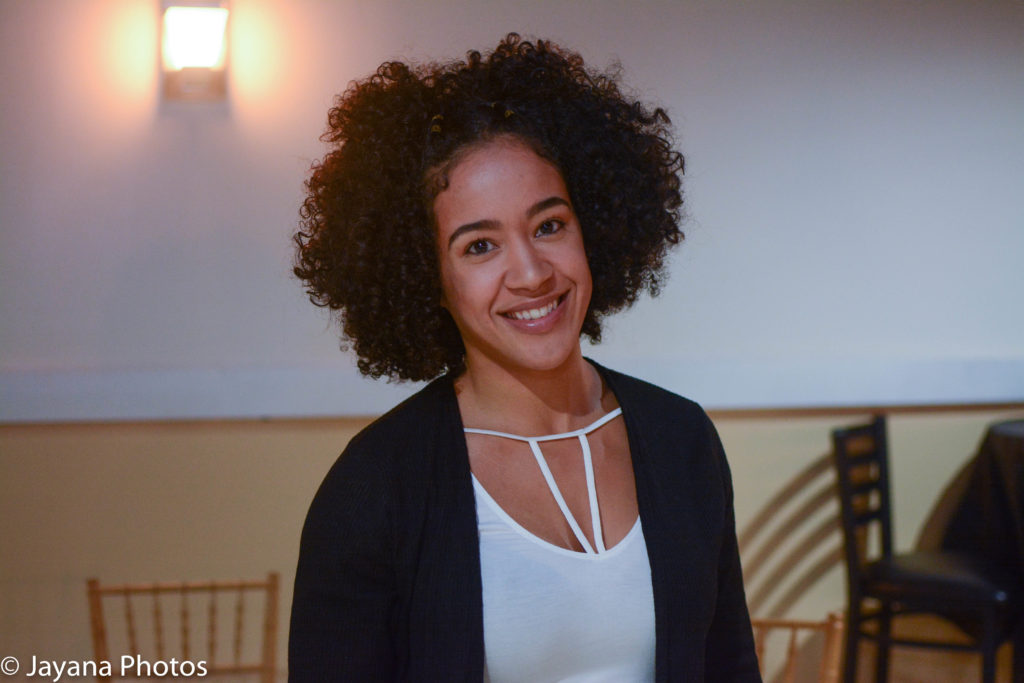 ACE Digital Manager Ashleigh Kinsey spoke to Rachelle “Chelle” Pean about how she got started in her Holistic Health career.

Rachelle “Chelle” Pean grew up in Schenectady. Her father is from Haiti, and her mother from Maine. Chelle attended SUNY Purchase and got her degree in Psychology before completing her Masters in Social Work at CUNY Hunter in Harlem. She worked in hospitals in the Bronx before returning to the Capital Region to practice. After working at a hospital in Troy, Chelle began to build her business in January of 2018, and started running her practice full-time in August 2018. When asked why she decided to go into business for herself, she said, “I wanted to integrate mind-body healing techniques into talk therapy, but with the demands of working in a bigger system I didn’t have the time or energy to give my clients that experience as much as I wanted to. The demands of working in a large system were also crushing my creativity and I saw it only getting worse if I stayed.” Chelle’s business is all about holistic health. Integrating mind, body, and spiritual healing through talk therapy, yoga, and other mindful practices. Many of her clients have past childhood trauma and Chelle helps them stay present and thrive when past traumas resurface.

Although this was a career Chelle wanted and studied for, it still had some unexpected results that she never imagined. After speaking at an Intergenerational Trauma and Healing Workshop at SUNY New Paltz, Chelle says, “I never really enjoyed talking in groups, but found that if it is something I love, and something I care about, speaking in public is something I’m good at.”

Chelle’s days now consist of teaching yoga classes around the Capital Region, seeing patients, and speaking at workshops about holistic health. When asked what advice she would give to others pursuing a similar path, Chelle says, “Just start. People feel like they have to know everything to share their perspective, but if you share what you care about with your unique perspective, that’s enough [to get started]. That’s valuable. Don’t be afraid to put yourself out there.”

One of her favorite things about living and working in the Capital Region is that it’s easy to collaborate with others. “There’s so much going on in NYC, it’s tough to connect sometimes. Having a smaller network, you know who’s putting on what event, and [connections] feel more personal. Also, you can tell pretty quickly when you are making a difference.”

Although there are many advantages to living in the Capital Region, there is one thing that Chelle thinks could use some improvement. “Inclusion is always an issue. POC’s create their own enclaves, but this area would benefit if there were easy-to-get resources.” Many times

POC’s end up making spaces for themselves instead of trying to fit a particular mold. Chelle recalled an experience at a job where she had a “seat at the table” but still felt disconnected. “It was like the policies were not created for me, and although I’ve had a ‘seat at the table’, it was not effective.”

Chelle says that if there was a true opportunity to facilitate changes in policies within organizations to promote inclusion, she would love to be a part, but for now, it would be a better use of her energy for good if she focused on “building her own table” with policies and procedures that were more inclusive in nature. 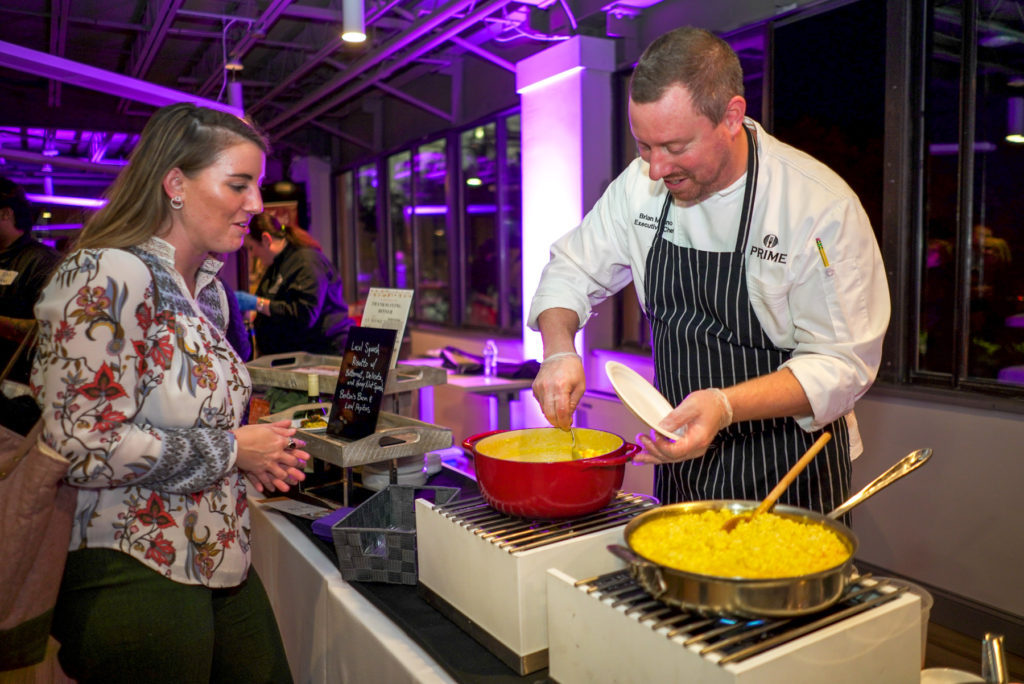 We were one of the first in the region to see Bull Moose Club in Albany at our #CreativeEconomyMixer for November. Bull Moose Club is a hyper-charged coworking space where the creatives, thinkers, leaders and communicators shaping New York State can work and connect with other changemakers. Amazing food was provided by Albany Chefs Food and Wine Festival’s Signature Chefs Michelle Hines Abram Thibeault of Chef MHAT Brian Molino, a Corporate Chef with Mazzone Hospitality, and Yono of Yono’s  and dp Brasserie in Albany.
Entertainment for the night was by Troy Foundry Theatre. Troy Foundry Theatre is a professional not-for-profit theatre company based in Troy, NY. They explore the social issues of today by collaborating with a variety of artists from multiple disciplines to produce and perform new work and reinterpreted classics through the means of new writing, devising and immersive performances in unique and non-traditional performance spaces in and around Troy, NY.

Special thanks to our event sponsors The Renaissance Hotel,, Community Loan Fund,  MVP Health Care, and our event host Bull Moose Club, and our promotional partners, Albany Ad Club and Discover Albany. Produced in partnership with 2440 Design Studio and WMHT.