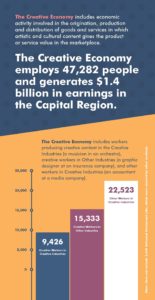 Just click on the image for a downloadable PDF. 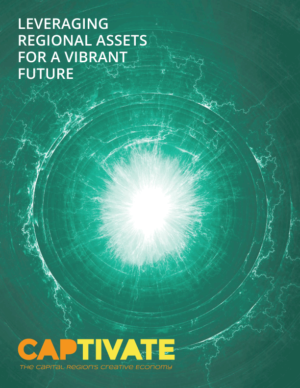 Facts about the economic impact of Creative Industries in the greater Capital Region. (Download here.)

From the Glens Fall Chronicle: May 2, 2017 – By Cathy DeDe, Chronicle Managing Editor

With millions of dollars flowing through Governor Andrew Cuomo’s competitive economic development initiatives, folks who make their living in the Capital Region through creative means decided they wanted to get a stab at those funds, too.

How does such a far-flung region make its case? With a common message, suggests Maureen Sager. She’s the project director of Upstate Alliance for the Creative Economy — also known as ACE.

About 31,000 people are employed in so-called creative industries in the Capital Region, Ms. Sager said. “It’s traditional artists, which people understand, but also those that may not be considered arts, if you are only talking cultural activity.” 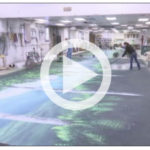 March 22, 2017 – From Spectrum News: In the 42 years since Tom Lloyd and his business partner founded Adirondack Studios, the company has grown from a modest building in Warrensburg to a sprawling space in Argyle.

“I came here starting a scenery shop in 1975 thinking this is where I want to live my life,” Lloyd said on Wednesday. “We like to think the people that came here and are working for us on a regular basis came here because they wanted to be here and wanted to be part of something really creative.” Adirondack Studios’ 130 employees represent just a fraction of the Capital Region’s 30,000-person workforce in the creative industries and arts. That figure comes from a 2014 study released by the Upstate Alliance for the Creative Economy (ACE), which was formed to promote the industry’s economic importance and attract new talent. Click here to continue this story on the Spectrum News website.

Group focuses on the business side of arts 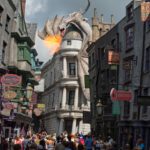 March 21, 2017 – From the Post Star: Maureen Sager is mesmerized every time she visits Adirondack Studios.

“I’ve often said it’s like getting the golden ticket to Wonka land. When you go inside, it feels like magic,” said Sager, project director of Upstate Alliance for the Creative Economy.

The Upstate Alliance for a Creative Economy (ACE) first met in 2013 to engage stakeholders in strengthening the creative and cultural assets of the greater Capital Region, with the goal of driving economic growth that benefits all residents.

Now in our fourth year, ACE has accomplished a number of exciting projects, and has created many initiatives to help and promote creative individuals, groups and institutions. Here are some highlights of what we have accomplished: