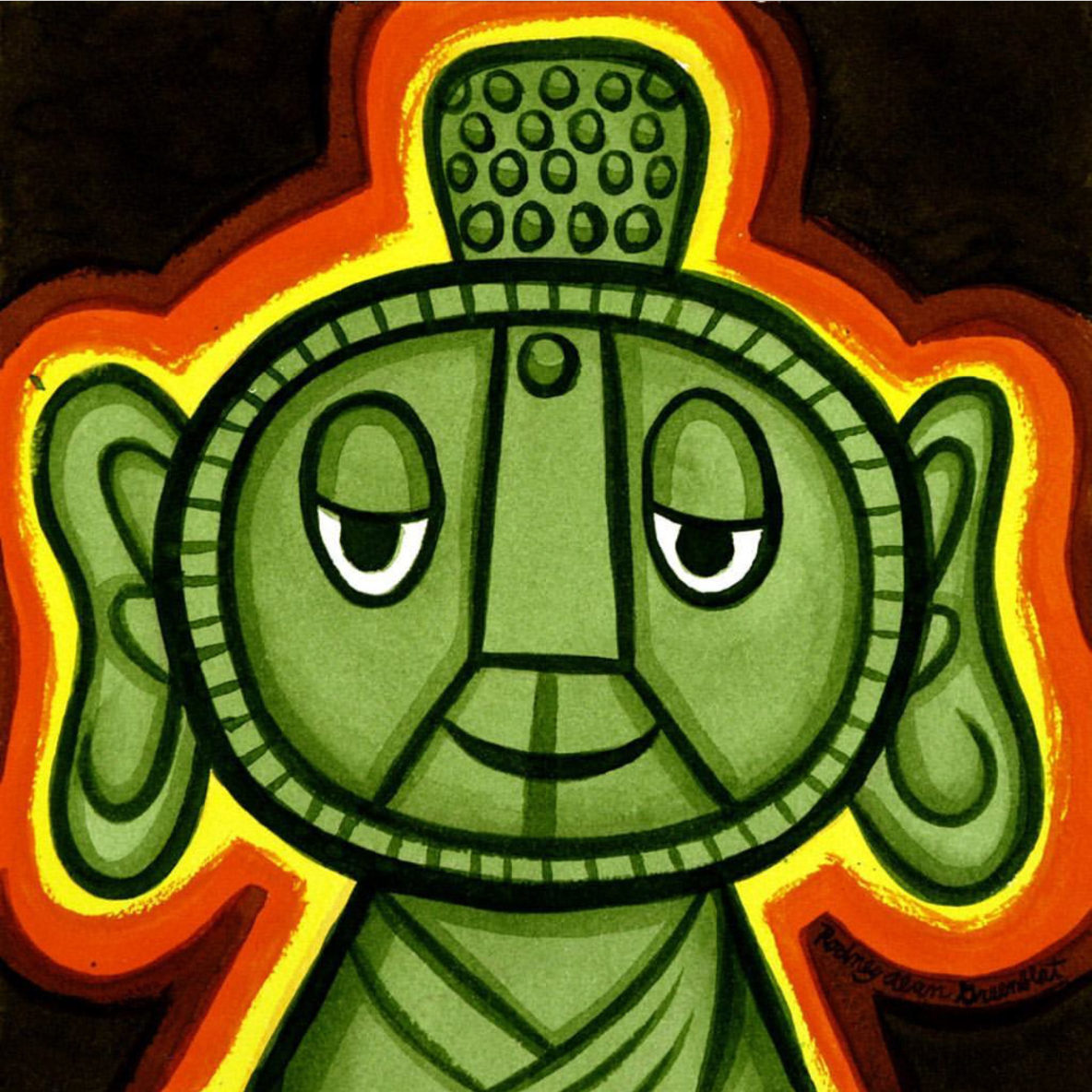 Artist Rodney Alan Greenblat, world famous for his whimsical, vibrant, and fun artwork, is the owner/operator of the Rodney Shop boutique, one of the many artist-run boutiques on Main Street in Catskill, NY. His interest in art began as a young child and he was propelled into the arts world with his first “gig” doing an illustration for his school PTA handbook at the age of 11.

As a sculptor and painter, his work became an integral part of the East Village Art scene of the 1980s, where he had several one person shows at the legendary Gracie Mansion Gallery. In 1985 his large sculpture “Ark of Triumph” was featured in the prestigious Whitney Museum Biennial exhibition.

When newer technologies started to revolutionize the video game industry,  he became the artistic force behind the best selling game for Sony Playstation called “Parappa The Rapper.” This led to a whole line of products distributed in Japan, and a weekly animated television series. Rodney is known as one of the world’s top character designers.

Rodney is a great example for artists everywhere, especially younger artists. He is a living breathing example of how a passion for the arts can lead to many options beyond the stereotypical “starving artist” if that talent and passion is nurtured and supported.

His artwork is shown regularly at the prestigious BCB ART gallery in Hudson NY. His wares can be purchased online, or in the Rodney Shop store at 362 Main Street in Catskill NY.