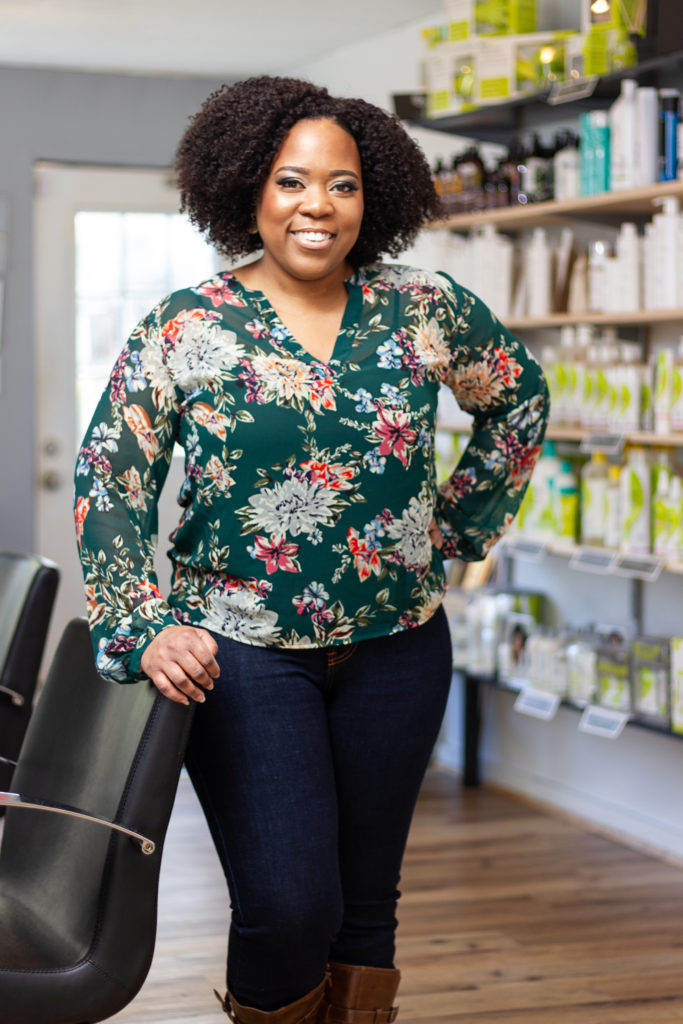 Lavida Barkley began braiding hair at the age of 12, and what began as a hobby gradually became a profession starting with her first “client” at the age of 15 . “I relied on hair braiding off and on for years, while living in the Capital Region, to Atlanta Georgia, and back.” When she returned to the Capital Region to get better services for her son who is on the autism spectrum, she decided not to return to a traditional job position and instead started her own business, called Coiled: A Textured Salon. Lavida says, “I did business development programs and was denied funding in the program. I even went to a local credit union for financial support. The programs had a lack of diversity, it was tough to get them to understand what I was trying to do.”

Typically, natural hair salons don’t do chemical treatments and focus instead on textured hair health. Many times these hair types are neglected in the mainstream industry, but that began to change with the natural hair movement of the 2000s. Statistics show that more women are embracing their natural hair, and the industry has seen a major shift in the past decade.

When Lavida connected with the Community Loan Fund, she said she noticed a difference right away. “They were kind and helpful. They took the time to review my business plan and helped me through it all, from start to finish.” She also mentioned that the team was more diverse than other potential lenders, and had more understanding of what she was trying to do. After a few months, Lavida was able to launch her business in her own space at 1305 Nott Street, Schenectady.

“I am blessed to have clients who travel from Vermont, Boston, and western New York to be served because they know the offerings are customized for their curl. I don’t believe there are limitations based on where a business is located or who it’s surrounded by. My salon is tailored for ALL curl types, from coils and curls to waves and my specialty is what sets me apart from other businesses.”
“Having moved away from the area for a year and returning was eye-opening. I can attribute my awareness of my calling to that experience.  I know now that if I moved through life with a little more faith and fearlessness that my journey would have started much sooner. I am not where I will end up yet, but I hope to encourage others who may want to make the leap but are paralyzed by fear. I don’t want to look back on my life when I’m older and have ‘should have, could have or would have’ rolling around in my head.” 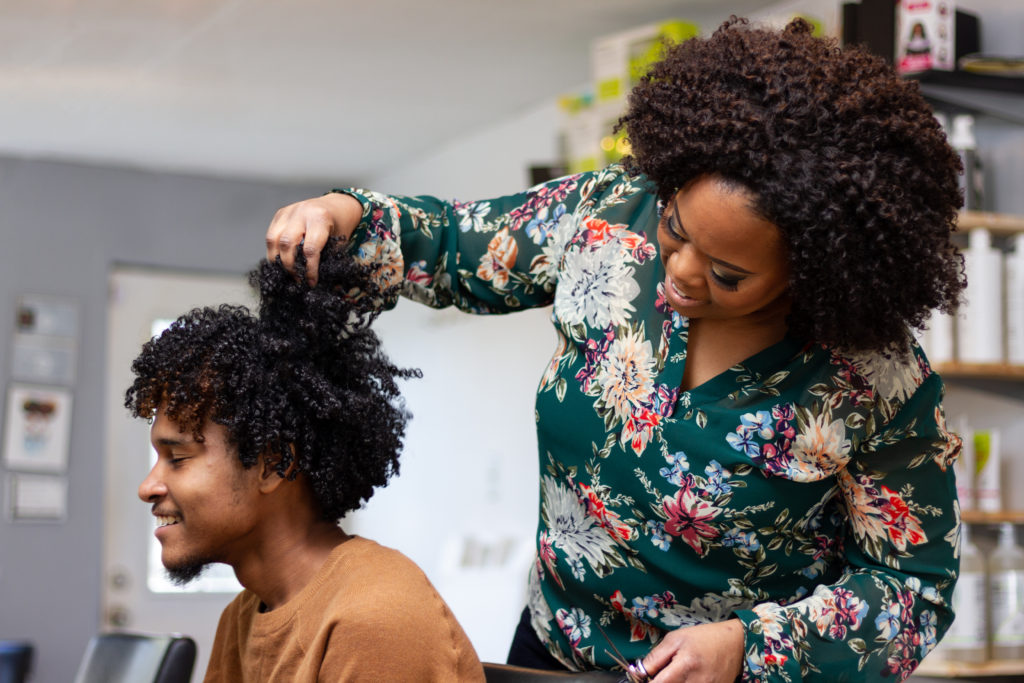 Lavida says, “If it’s something positive in the capacity of serving others… move without regret.”