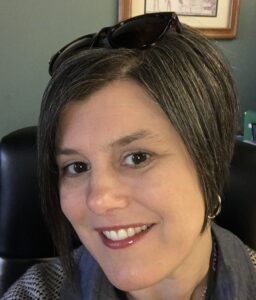 Proctors’ Chief of Staff Jean Leonard has been at the epicenter of Schenectady’s creative scene and redevelopment efforts for over eight years, so we asked her about her favorite places to grab a bite.

If I were going to eat my way through Schenectady for a day, I would:

Have a breakfast sandwich at Katz’s on Jay Street.  The owner is the friendliest person in Schenectady.  It’s impossible to walk out of his store without a smile, and his sandwiches are delicious.

I’d have morning tea at the Whistling Kettle because I never knew there were so many kinds of tea until I took a look at their tea menu!

For lunch, I’d head to Puzzles Café.  I love their mission.  Their food tastes wonderful and my heart feels good when I leave.  Win-win for midday.

Before I ate again, I’d do a little shopping.  The Mercantile, Bluebird Home & Gift, Open Door Books, and The Silver Shop.  I’m a fan of local, independent stores with friendly, engaging customer service, and these shops are some of my favorites!

For an afternoon sweet treat, I’d head to Apostrophe Café at Proctors.  Sorry, but the best coconut macaroons are right there below my cubicle!  THE reason I need to head to the gym more often…

I think I’d land at Daley’s on Yates for dinner.  There are SO MANY good dinner options here, but since I can only eat one dinner, Daley’s has delicious food and great cocktail/wine options.  In the summer, I love their patio.

Because I am incapable of eating a meal without also eating just a little dessert, I’d finish my time in Schenectady at the Cocobar.  As it says on their website, “If the question is chocolate, the answer is yes.”  Enough said!

We had a great time visiting Catskill for our #CapRegionRoadTrip. We started the day with a guided tour of Main Street, visiting Hi Lo, Factory & Main, Solo Vino, The Rodney Shop,  The Village Common,  and more.

Next, we headed to The Avalon Lounge for food, drinks, and music by DJ Tall Ass Matt and an art installation by Nervous System.

There were amazing vendors on-site as well including FishEye Brooklyn, Karen LeBlanc of Miss Karret,  and Subversive Malting & Brewing.

A very special thanks to the sponsors and partners who helped to make this happen-MVP Health Care, The Community Loan Fund, The Rodney Shop, Sam Margoulius, Josh Krushenick and promotional partners Overit Media, CREATE and The Collaborative. Produced by: 2440 Design Studio. Photography by Ska City Photography. 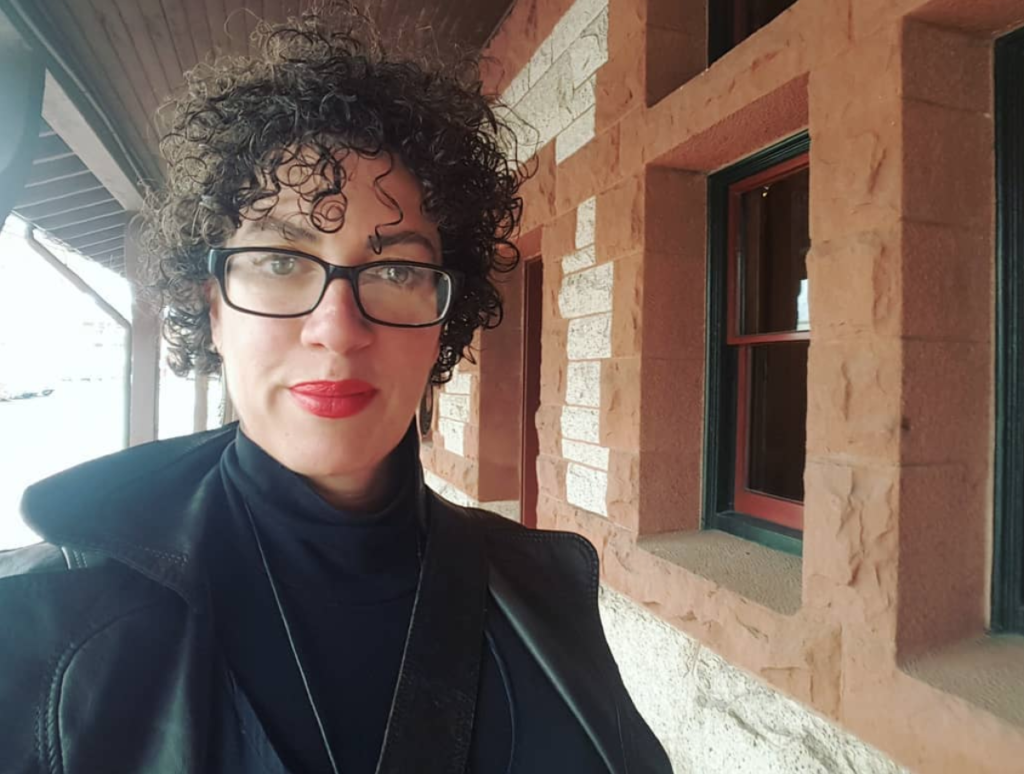 Niva Dorell, Catskill resident and Box Office and Marketing Manager for Lumberyard Center for Film and Performing Arts recommends her favorite things to do around the village.

If you have a day to spend in the wonderful Village of Catskill, here are some recommendations for how to spend your time:

1. Start off by grabbing a coffee and pastry at HiLo on Main Street. Be sure to check out the art in the gallery and the faces of the people around you. Chances are you’ll see one or two of them later in the day.

2. Take your coffee to go and check out the beautiful pocket parks on Main Street, or walk down to the Creek and take in the views. There’s a nice walking path along Water Street that loops across the red bridge, to West Main Street, to the Uncle Sam bridge and back up to Main Street.
3. Now that your blood is moving and you’re caffeinated, it’s time to do some shopping. Catskill has lots of fun quirky stores! A few musts: Magpie Bookshop, wonderful used books at low cost and Kristi, the owner, knows Catskill very well; Solo Vino for a bottle of delicious organic wine; Sister Salvage for some irreverent vintage; Spike’s Record Rack for some classic vinyl to add to your collection; and a homemade scented candle at Village Common. And that’s just one side of Main Street. Definitely browse the other side too.
4. Have kids? Stop by The Rodney Shop, Shoofly and Kirwan’s Game Store, an epic game store and guaranteed hit with your X-box loving teens.
5. For a mid-day snack, grab some Jane’s Ice Cream at Bittersweet, a fresh smoothie at The Juice Branch on West Bridge Street, or a yummy sandwich at Winkles on West Bridge Street or Circle W on Main Street.
6. If you have time for entertainment and more art, take a tour of the Thomas Cole National Historic Site on Spring Street, see the current exhibition at CREATE (our regional Arts Council), catch a matinee movie at The Community Theater, or an evening performance at Bridge Street Theater or LUMBERYARD on Water Street.

7. When you’re ready to sit down and relax, walk up to Subversive Malting & Brewing for a beer and sit in the comfy couches that face Main Street. If the kids get antsy, you can grab a slice of pizza next door at Village Pizza II and bring it back into Subversive. Another great beer spot is Crossroads Brewery Tap Room on Water Street.
8. At dinner time, some good choices are La Conca D’oro (a few doors up from Subversive) for Italian, Avalon Lounge for Korean (the wings are to die for), Mediterranean Bistro for falafels and hummus, Wasana for Thai, New York Restaurant for Polish/American. There’s also Radici on Water Street for Italian but hit the ATM first because they’re cash only.
9. If you want some live music, head back to Avalon Lounge to check out a great band, and dance the night away with the DJ that follows.
10.  End your night with a nightcap where you started, at HiLo. Their cocktail selections will make you smile and send you home feeling warm. Plus, by now you’ve met half the Village, so you’ll see some familiar faces.

Last week, we went to Pitney Meadows Community Farm in Saratoga Springs, where we enjoyed food by Merv’s Meatless of Troy and Kaffee House of Saratoga Springs. We had beverages from Druthers Brewing, enjoyed music from the band Folk Song, and had a great panel discussion Led by Crickett Thomas- O’Dell of Workforce Development Institute, with Justine Denison of Denison Farms, Aliza Pickering of Pitney Meadows Community Farm, and Marge Randles of Argyle Cheese Farmers. Check out the photos below. 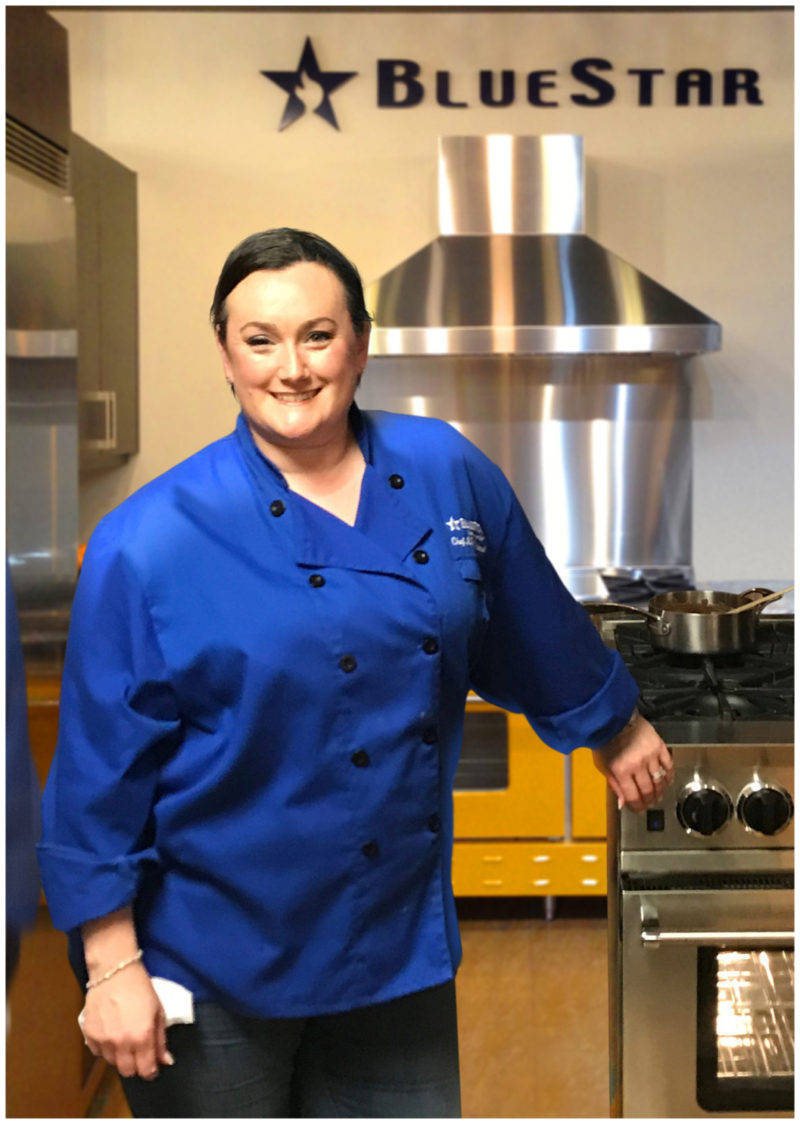 The road to success isn’t always direct.  Michelle Hines Abram Thibeault, the President of M.H.A. Innovations and Chef MHAT, reached lofty heights in the ballet world and trained at the New York Conservatory of Dance before injuries muddied her career plans.  Fond memories of cooking with her grandmother led her to apply to the prestigious French Culinary Institute (now known as the International Culinary Center), developing a new outlet for her creativity.

Following a stint as Executive Chef at Mood Food that included a spot on New York Magazine’s Top 10 list, Michelle worked in event planning before branching out on her own with Innovative Events, a luxury event and catering business in Manhattan and Florida.  The Latham native returned to the Capital District and became a Founding Director of the Albany Chefs’ Food & Wine Festival: Wine & Dine for the Arts in 2009. Since 2010, Chef MHAT has provided public relations and brand management for the hospitality industry through M.H.A. Innovations and she has returned to the kitchen as a private chef.  She took a few minutes out of her busy schedule to speak with us ahead of catering the November 7th ACE Mixer at the Bull Moose Club in Albany.

Does your dance background benefit you in your hospitality/cooking career?

I think yes – 1000%.  In the kitchen it doesn’t bother me to work until 4:00 AM to get something right.  It’s the foundation of discipline – everything matters, you can’t cut any corners. It has to be that way; the French Culinary Institute was very exacting and after the Russian Conservatory experience it was a natural fit.  Mentally it prepares you for success not only in a creative field but really any endeavor.

How did the change from Executive Chef to Brand Management come about?

When working as a chef in NY it was really intense – I was working 100 hour weeks and loving what I did.  I was approached about planning events and I had an interest in ‘front of the house’ (dining area) vs. ‘back of the house’ (kitchen).  I wanted to learn and thought later on it would be good to know both sides. I left my position as chef and started planning events but eventually realized I wanted to do that on my own.  I was open for about 9 months prior to 9/11 and after that it was very difficult as events in the city were cancelled. I relocated to Florida and did well there but wanted to come home. It was just a curiosity that led to the change but I found I could do both aspects well.  Everything I’ve done has been a natural progression.

What is the state of the Capital District Food Scene?

I love what people are doing here – years ago it wasn’t like this.  It drives me crazy when certain organizations skip our area when handing out awards.  There’s NYC, Boston, Montreal within a short drive but we have chefs here who are doing great things and have been for years.  I think of Chef AJ Richards up at [forged] in Hudson Falls and what he is doing there is spectacular. He got our first Rising Star perfect score; it blew my mind with the  quality and innovation – this jewel is sitting right here. What Hamlet & Ghost in Saratoga Springs is doing with craft cocktails is crazy; you just have to look.

I see a lot of chefs here who know who their purveyors are and where their food is coming from – know your farmer, know your suppliers.  There’s so much great stuff going on here; the Food & Wine Festival is anyone’s chance to explore the scene with so many chefs and restaurants in one spot.

What someone should know before considering a cooking career?

Culinary schools are becoming much more competitive due to their popularity, but you can reach out and talk to those in the field.  All the chefs I work with are so generous with their knowledge and mentor many people; it is part of the DNA of a chef – we feed people. It’s not about ego but it’s about giving and sharing of yourself.  Reach out to a chef you’ve heard great things about, they will generously share their knowledge and experiences.